Welcome to the final of the 2017 Eurovision Song Contest, from Kiev, Ukraine! The show kicked off with an excellent laser/LED display, and all contestants running the gauntlet through the ecstatic crowd. Already this was taking unbearably long.

Finally, the evening’s hosts, three well-groomed chaps (Huey, Dewey and Louie) officiate the evening. The humour was painful and enduring. 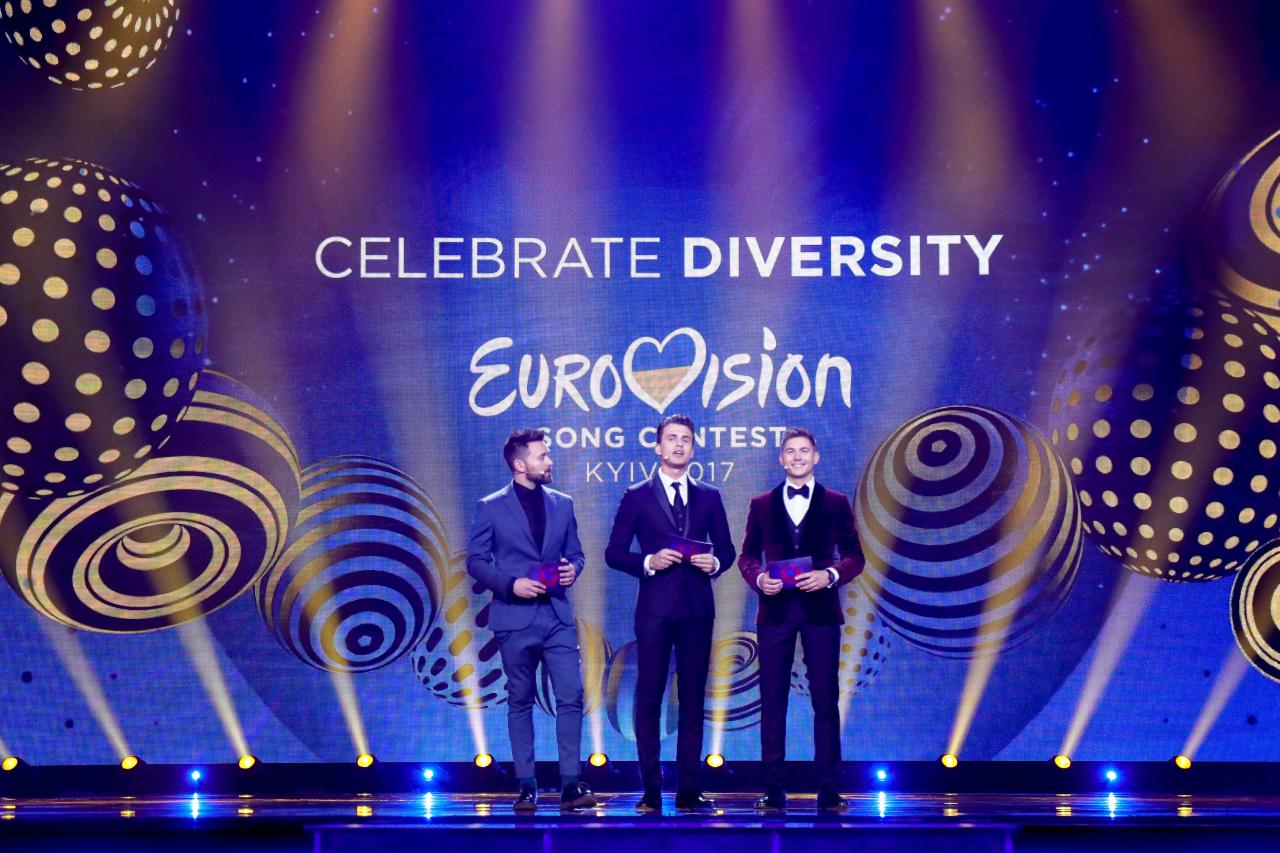 Israel kicked the evening off, with, yes, another well-groomed chap, IMRI, singing off key in a black sleeveless t-shirt. He was ably assisted on stage by two dental nurses – 23rd place. 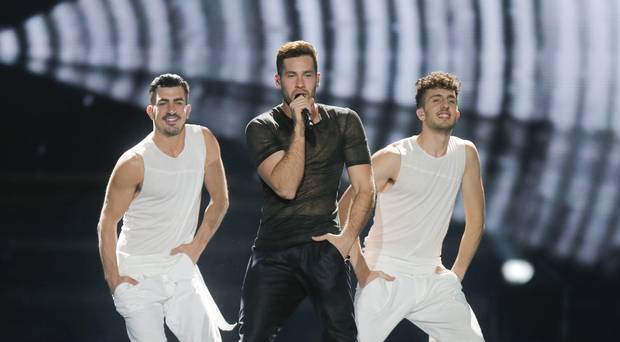 Kasia from Poland was next, her dress was in danger of an imminent wardrobe malfunction, which we were spared. She had one excellent leg, the other one was rubbish. A big song, but not big enough – 22nd place!

The happiest Belarussians ever were next, all dressed in white crochet (even the guitar)! Their folky tune clearly connected with the crowd, but not the voters – 17th place! 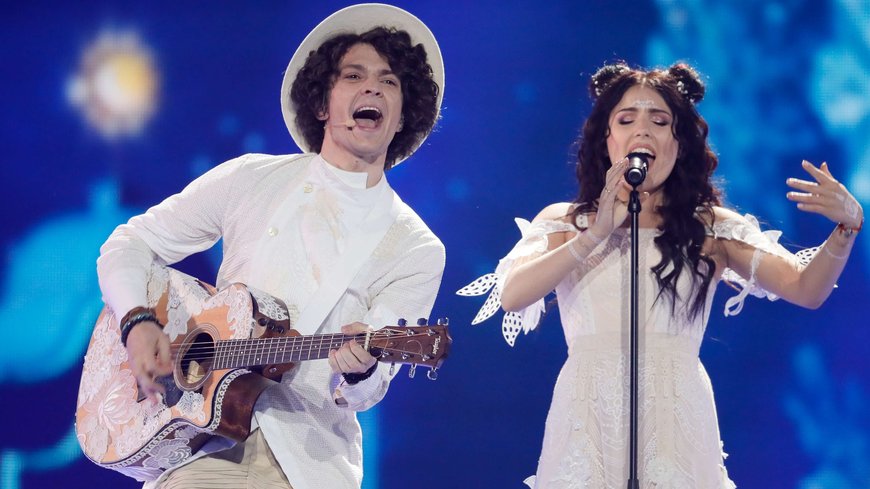 Austria’s Nathan (in white again) was evoking the Little Prince by dancing on a half moon. A solid 16th place. 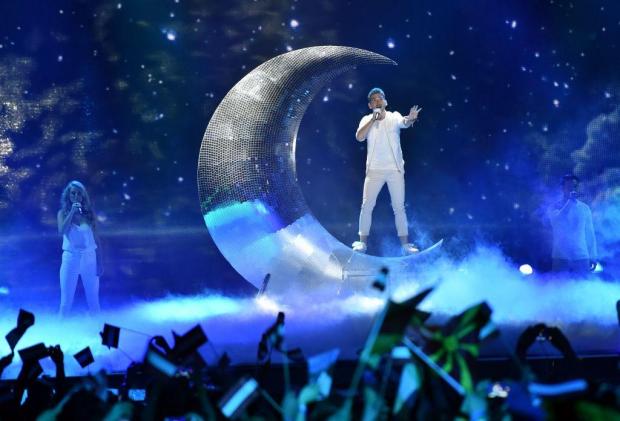 Back to black outfits (a pant suit, no less) with Armenia and the best braided hair of the evening. The dance moves were reminiscent of Voguing (remember that old chestnut?), enough for 18th place! 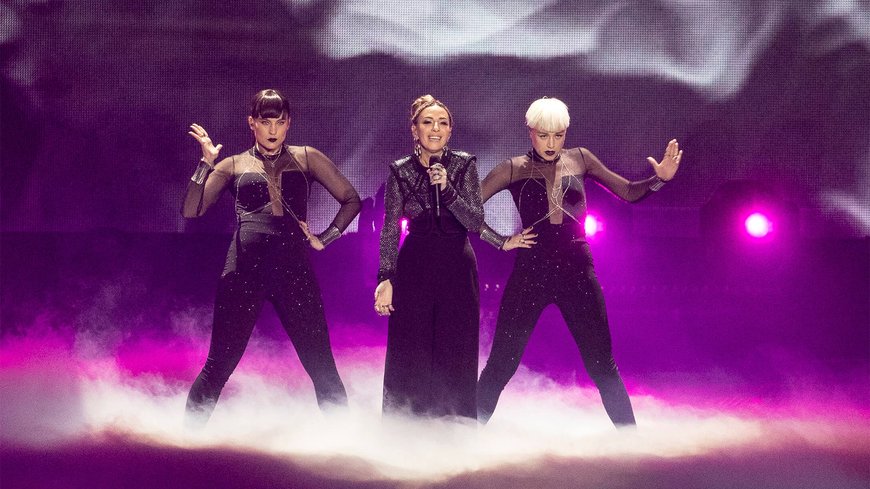 The three sisters from the Netherlands were next with furry, glittery, black outfits, some had legs. They were marvellously coordinated, but the lack of wind-machines cost them a spot in the top 10…11th place! 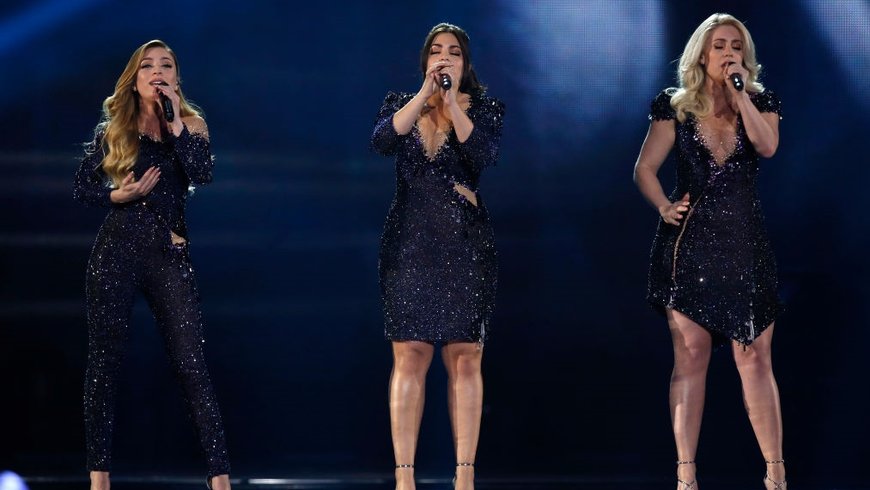 Moldova was raising the fashion stakes with blackties and a (highly annoying) saxophone. The backing singers turned into brides half way through the song, much to the delight of the voters – 3rd place!

Hungary’s Papaj was joined on stage by a fiddler and a dancer. His outfit defies description, other than being very, very handsome! Best use of a milk can as a drum! An excellent 8th place! 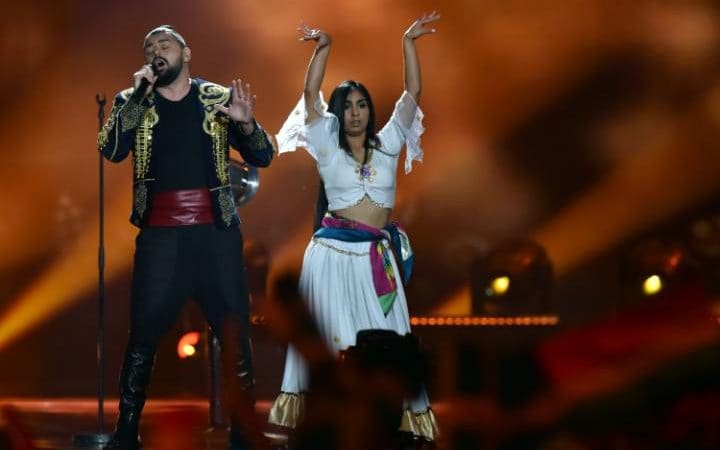 Italy! Francesco did a great job and was ably assisted by the Wiggles on stage and a gorilla (also in black). The crowd loved this one, but not enough for a win….6th place. 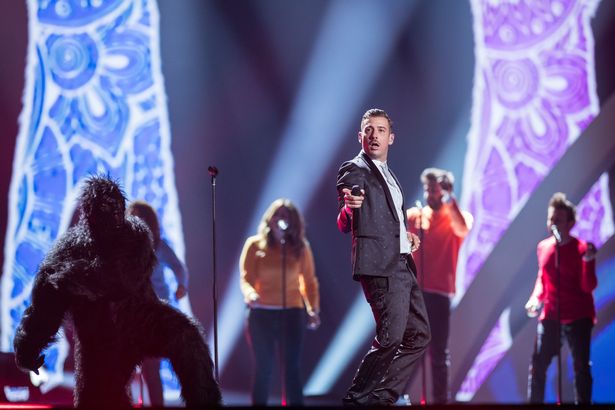 Denmark’s Anja was in no need of gorillas or gimmicks – she filled the stage with her power ballad and a red flowing dress. Best tooth gap of the evening! 20th place! 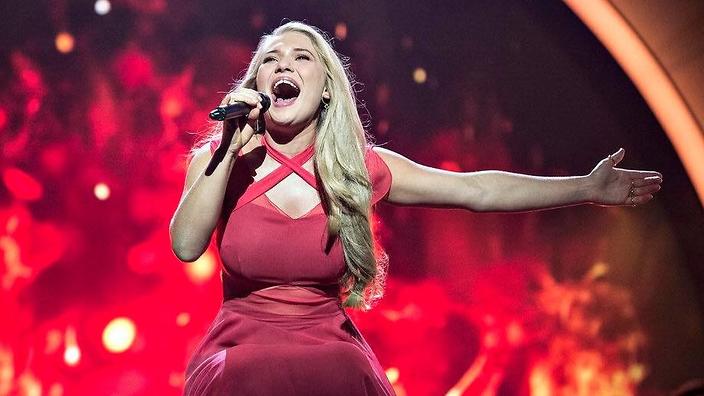 Portugal’s Salvador calmed the audience with an oversized black suit and a thoughtful Fado. The audience, and Europe is stunned….first place – Portugal here we come!!! 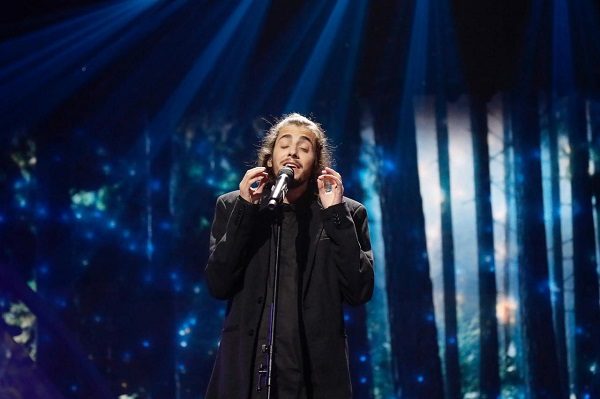 Dihaj from Azerbaijan had the most extraordinary onstage props, including a horse on a ladder and writing on a blackboard. The significance of the trench coats remains unclear – 14th place. 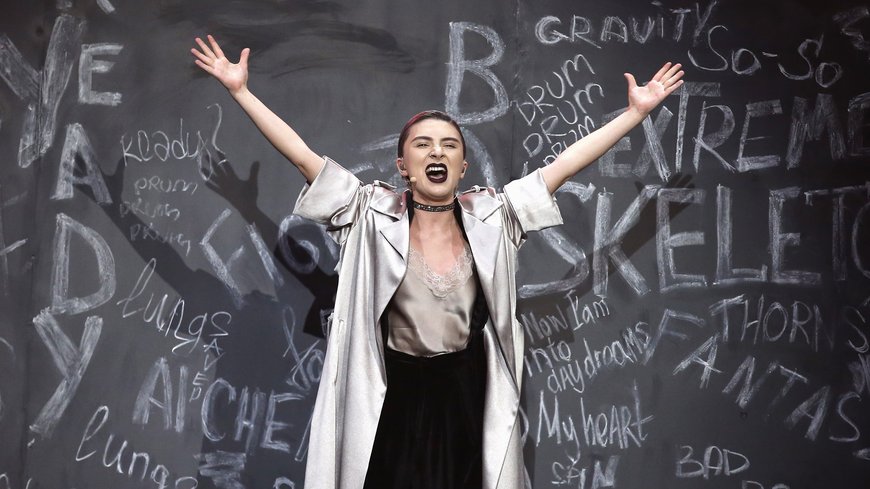 Croatia’s Jacques brought a split personality and sang his own duet. Technically impressive it did confuse the audience – only 13th place. Creepiest violinist of the evening! 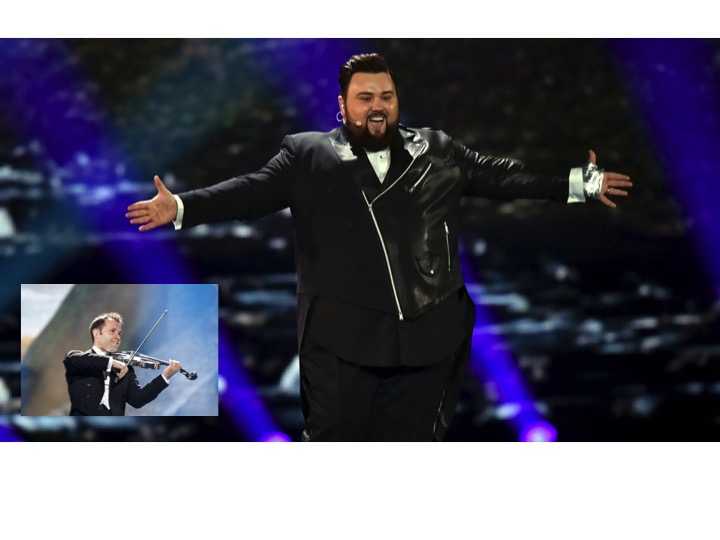 Australia’s Isaiah picked up one of the trench coats abandoned by Azerbaijan. The excellent singing matched even more excellent eyebrows and Australia finds herself again in the top 10 with 9th place!

Greece’s Demy also had only one good leg, but a terrible song. For some reason, her barely dressed dancers had to perform in a footbath. A deserved 19th place. 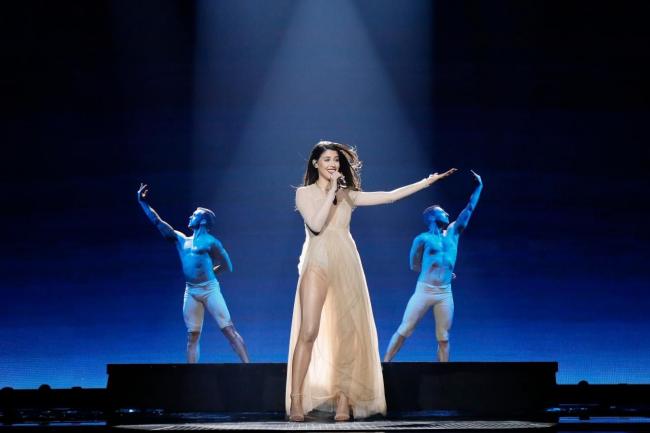 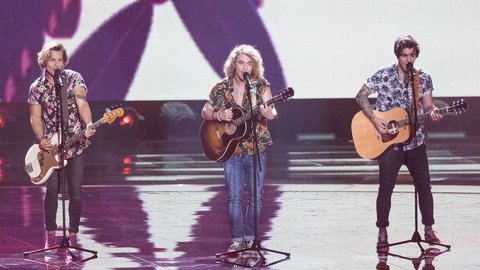 Norway’s Jowst brought his own gimp on stage (just in case, I suppose). Dressed as a dentist and quite inexplicably, Norway just makes it into the top 10. 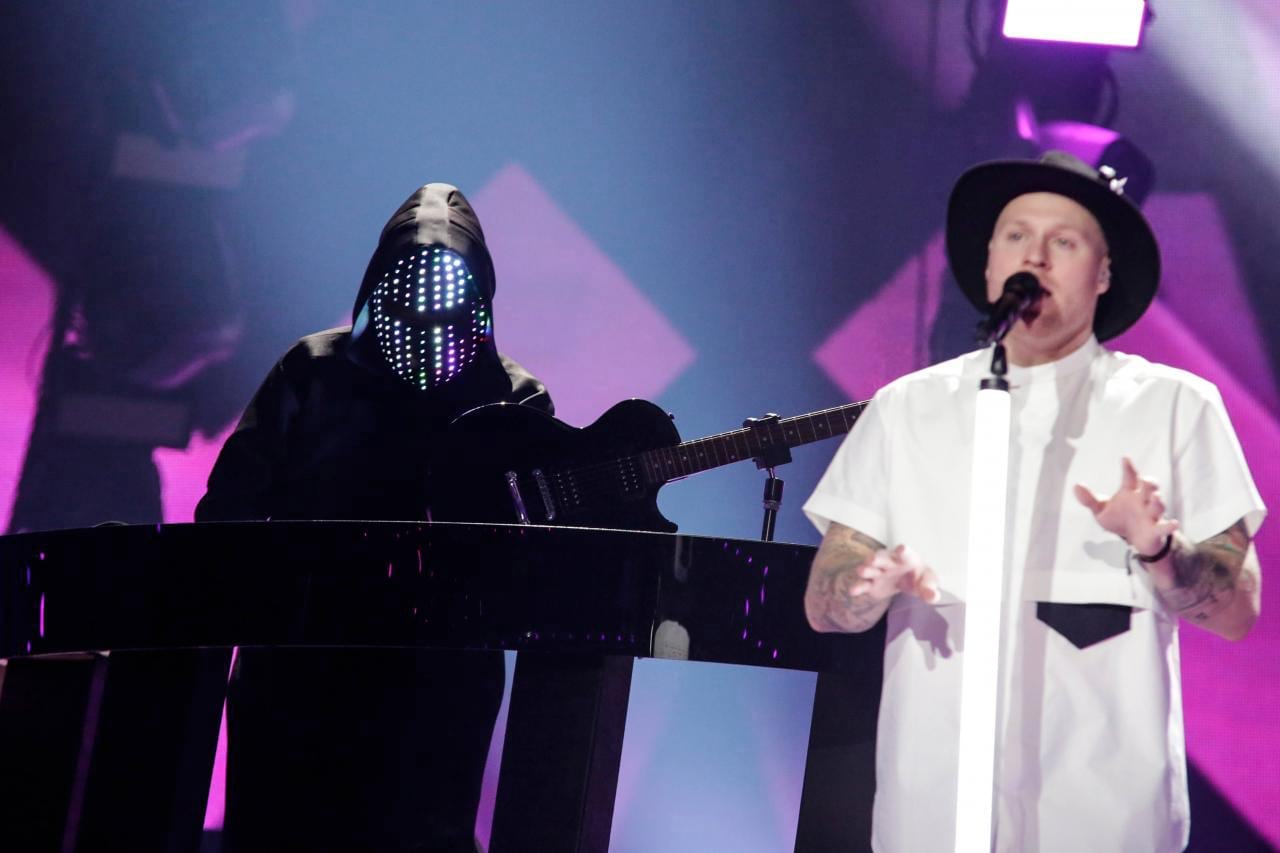 The inane intermission by our three Ukrainian hosts provided the perfect toilet break.

Lucy from the UK appears in gold and belts out the UK’s best performance in years – 15th place. Best use of an on-stage kaleidoscope projecting 3 Lucies!!! 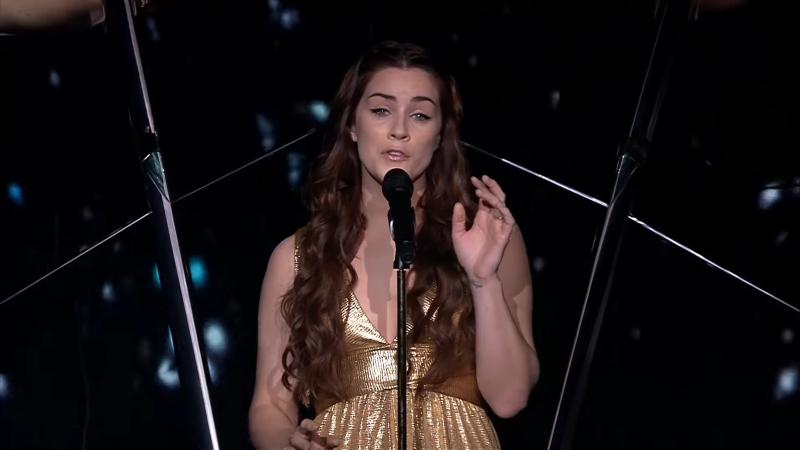 Wearing a studded black cardigan, Hovig was off key and laboured the audience for the full 3 minutes. Douze points from Greece and Armenia (but why?) propelled this into 21st spot. 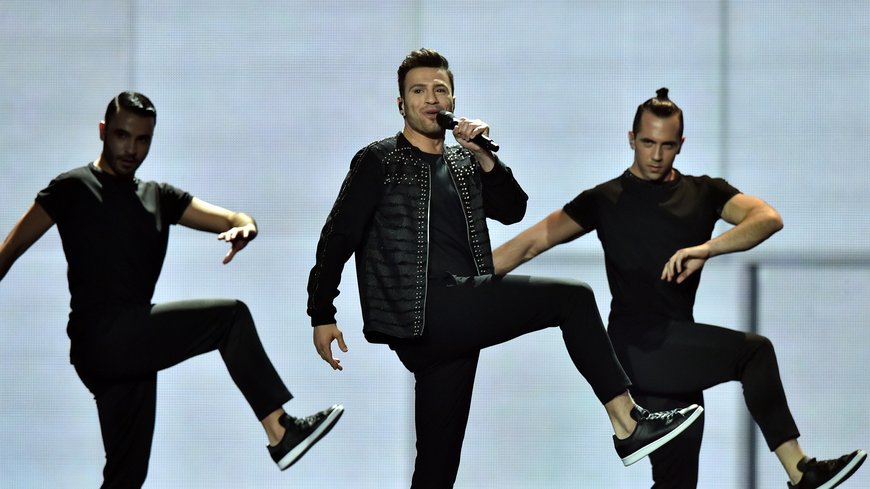 Rumania yodelled – nuff said! 22nd place (and I am not even going to mention the canons on stage!). 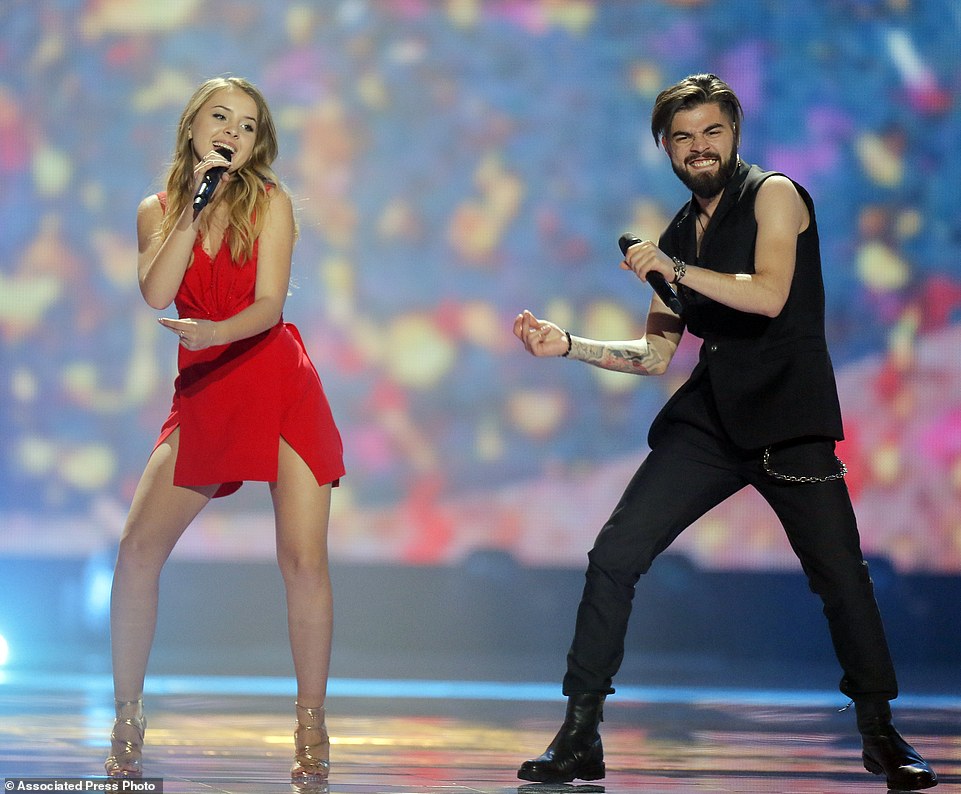 Germany’s Levina was a bit tired and had to lie down on stage. Despite an excellent set of hair and a backless (grey) dress, this went no further than 25th. 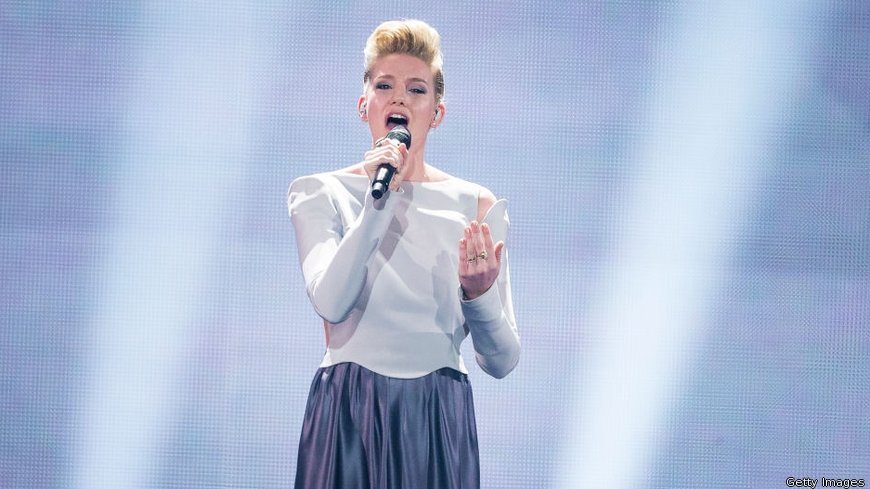 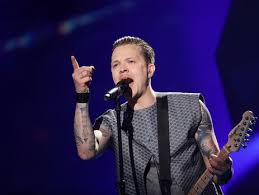 Belgium was next, and without moving her lips, Blanche performs brilliantly, dressed as the corpses bride. A deserved 4th spot!!! 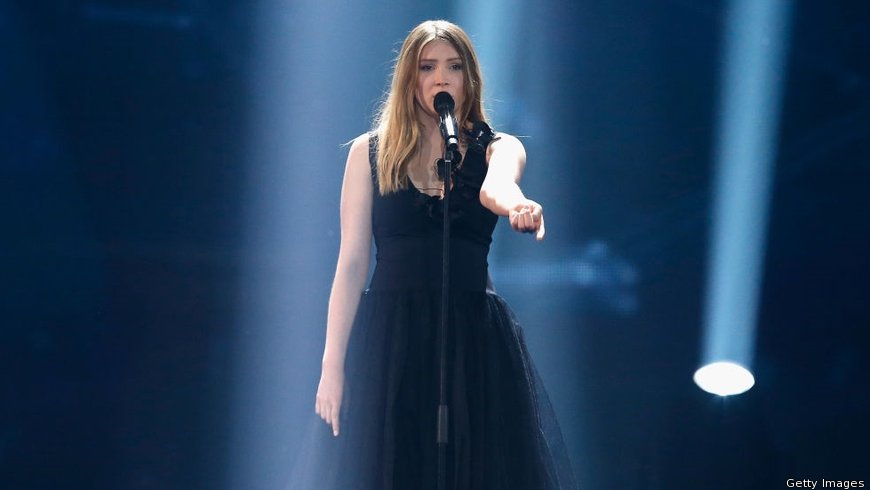 Stylish Sweden is next, Robin was wearing a shiny mauve suit. His dancing colleagues however, had to wear black turtlenecks. There were some odd hand signals throughout the song, still, 5th place, probably due to the brilliant use of treadmills on stage! 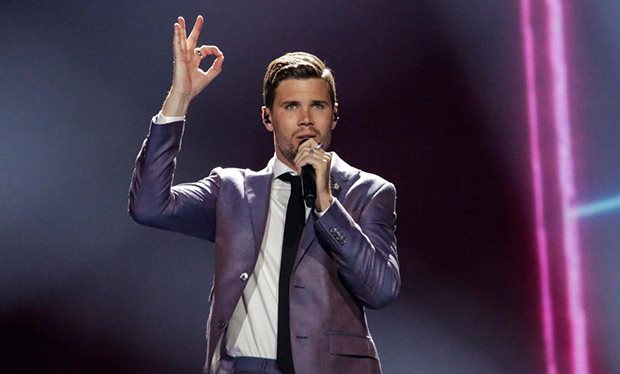 The second toothgap of the evening came courtesy of Bulgaria’s Kristian. The man-child, dressed as a young Viktor Krum, had nerves of steel  and ran away to second place!!! 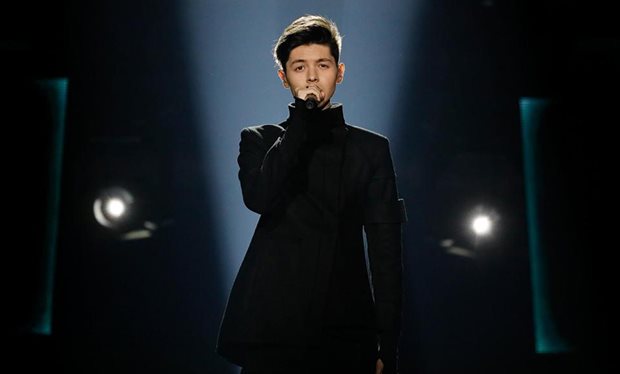 Alma from France was the last performance for the evening. With two excellent legs, Alma finished the evening for the, by now, delirious audience. Good enough for 12th place. Best use of SimCity graphics. 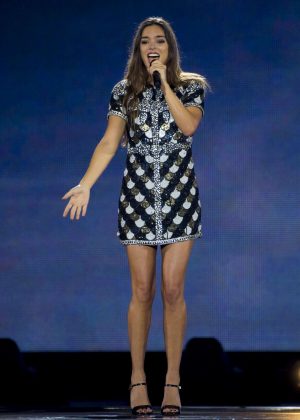 The intermission brought back Russlana (Eurovision winner 2004) and some clown mooning the audience! The voting landscape was less predictable than previous years (other than Greece and Cyprus awarding each other douze points) – the yodelling Romanian’s received 12 points from Ireland of all places!

There we have it! A glorious win for Portugal! As for fashion trends…I am getting myself some more legs…good ones!